Balmoral Road is named after Balmoral Castle, Queen Victoria’s favourite residence in Scotland. The road mentioned is located within the Bukit Timah district.

Bukit Timah (Chinese: 武吉知马, Tamil: புக்கித் திமா), often abbreviated as Bt Timah, is a planning area and residential estate located in the westernmost part of the Central Region of Singapore. Bukit Timah lies roughly 10 kilometres (6.2 mi) from the Central Business District, bordering the Central Water Catchment to the north, Bukit Panjang to the northwest, Queenstown to the south, Tanglin to the southeast, Clementi to the southwest, Novena to the east and Bukit Batok to the west.

Owing to its prime location, Bukit Timah has some of the densest clusters of luxury condominiums and landed property in the city, with very few public housing 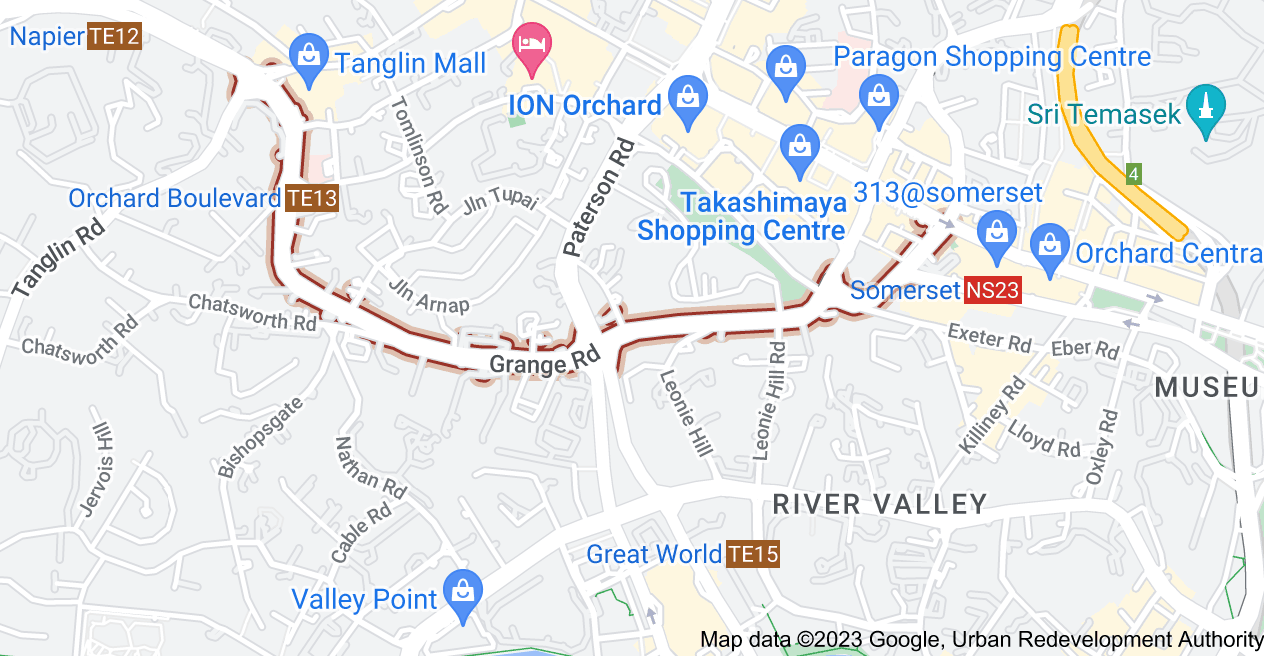 Grange Road runs from the junction of Cairnhill Road and Orchard Road to the junction of Napier Road and Tanglin Road. Constructed in 1866, the road was named after Grange House in Thomas Oxley’s estate.1

History
In 1846, Thomas Oxley (Dr) purchased a piece of land from the government that is bounded by what is presently River Valley Road, Tank Road, Grange Road and Orchard Road. The land, essentially a jungle then, held little value. Oxley developed it into a nutmeg plantation and the place came to be known as Oxley’s estate. An adjoining portion of the estate, also a nutmeg plantation, belonged to W.W. Willans while another portion belonged to G.G. Nicoll. A road was constructed in 1866 to serve as a private pathway leading to Oxley’s estate. This road was named Grange Road, after a large house in Oxley’s estate called Grange House. In the 19th century, a Teochew settlement or kampong (village) was also found off Grange Road. The road has been under the Urban Redevelopment Authority’s conservation scheme since 1991 to preserve the antiquity of the area, where a pre-1868 Victorian building called Spring Grove is also located.2 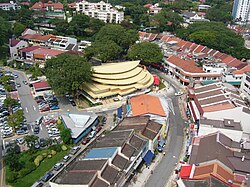 Holland Village, often abbreviated as Holland V, is a neighbourhood located along the boundary between the planning areas of Bukit Timah and Queenstown in the Central Region of Singapore.[1]

Holland Village is a popular shopping and dining destination for younger Singaporeans and expatriates. It is dominated by and often visited solely for its eateries and watering holes, along with some specialist shops.

The area is served by its own MRT station, which opened in 2011.