Katong, also known as Tanjong Katong, is a residential neighbourhood in the eastern portion of the Central Region of Singapore, within Marine Parade planning area. It used to be located by the sea, but land has been reclaimed all the way to East Coast Park to provide more land for housing and recreational purposes due to the shortage of land in the late 1960s after Singapore gained independence.

Katong was the location of many villas and mansions of the wealthy elite in the late 19th to the mid-20th centuries. They made their fortunes in the Far East and built seaside resorts, villas and manors along the beachfront of Katong, beginning from Katong Park to the end of the East Coast.

Marine Parade’s early history can be associated with the precinct of Katong. Throughout the early to mid 20th century, the area was a heaven for the wealthy Peranakan community of Singapore. Katong witnessed a growth in Straits Chinese culture, developing a distinctive architecture style and even becoming the place of origin for the renowned Katong Laksa dish. Marine Parade as it is known today, mainly consists of housing flats along the southernmost points of the estate, which were built in the 1970s after the reclamation of the island’s east coast. 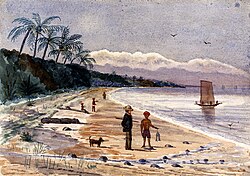 Siglap is a neighbourhood located in Bedok in the East Region of Singapore. The area also encompasses the Frankel and Opera Estates and their names have sometimes been used interchangeably to refer to the approximate same area. The planning subzone area of Siglap as defined by the Urban Redevelopment Authority (URA) is confusingly and inaccurately referred to as the small strip of land between Victoria Junior College and Bedok South Avenue 1. It is a residential area where a majority live in landed homes such as freehold semi-detached houses and bungalows. Some of the land parcels near Siglap Centre have been redeveloped into serviced apartments and condominiums. The few Housing and Development Board flats in Siglap have been demolished in 2015 under the Selective En bloc Redevelopment Scheme. The East Coast Park is also located nearby, across the East Coast Parkway. 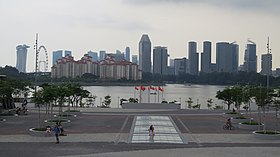 Tanjong Rhu (Chinese: 丹戎禺, Tamil: தஞ்சோங் ரூ) is a subzone within the planning area of Kallang, Singapore, as defined by the Urban Redevelopment Authority (URA). The perimeter of Tanjong Rhu is made up of Nicoll Highway in the north; Mountbatten Road and Fort Road in the east; East Coast Parkway (ECP) in the south; as well as Marina Channel and Kallang Basin in the west.[1] Tanjong Rhu is the largest in terms of physical area among the nine subzones that make up Kallang.

Tanjong Rhu is an affluent residential neighbourhood, made up of mostly condominiums and private housing along Tanjong Rhu Road. A few blocks of public housing built by the Housing and Development Board (HDB) exist along Kampong Arang Road and Kampong Kayu Road. These residential estates are connected to the Singapore Sports Hub via Stadium Way, across the Geylang River.