Boon Lay (Chinese: 文礼, Tamil: பூன் லே), is a neighbourhood located in the town of Jurong West in the West Region of Singapore.[1] Its borders very roughly correspond to the URA subzone of Boon Lay Place, situated within the Jurong West Planning Area.[1]

The subzone was named after Chew Boon Lay (周文礼), a prominent businessman in the late 19th century and early 20th century who owned the land where the precinct stands. When a requisition of 1.012 km² of land from his estate was done by the war department of the then colonial government of Singapore, it led to the growth of Boon Lay Village in the 1940s, with a population of about 420 in the early 1960s. Boon Lay Place had earthworks begun in 1969 and had their HDB flats built since 1974.

The subzone is a division of West Coast GRC, under the management of West Coast Town Council. The people living there are represented by member of parliament, Patrick Tay. 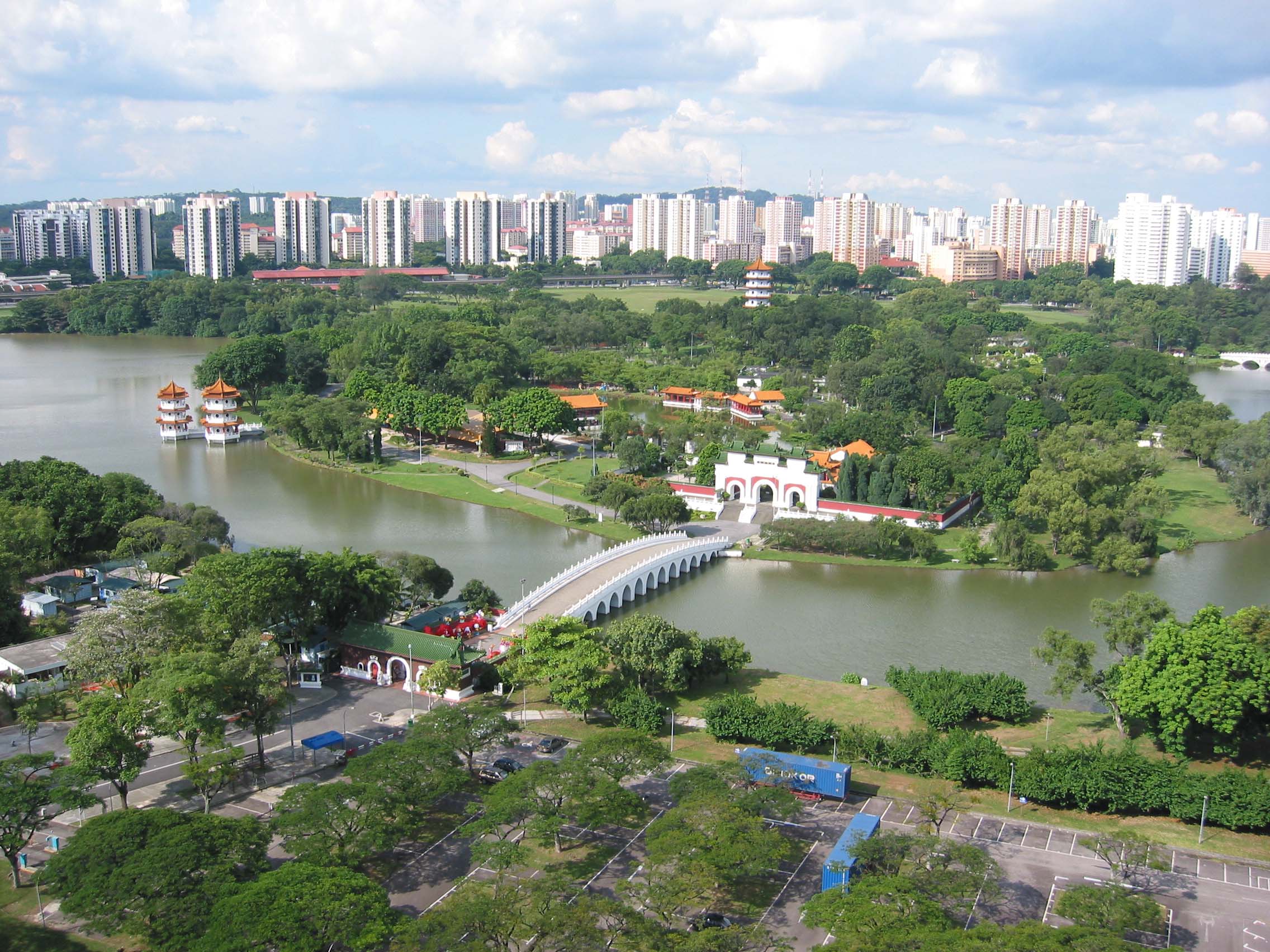 Jurong /dʒuːrɒŋ/ (Chinese: 裕廊, Tamil: ஜூரோங்) is a geographical region located at the south-westernmost point of the West Region of Singapore. Although mostly vaguely defined, the region’s extent roughly covers the planning areas of Jurong East, Jurong West, Boon Lay,[note 1] and Pioneer, along with Jurong Island in the Western Islands cluster and the southernmost portions of the Western Water Catchment. Should it be described at its greatest historical extent, the region can also include present-day Bukit Batok and Tuas as well.[1] Jurong also covers several offshore islands as well, including Pulau Damar Laut and Pulau Samulun, both of which are located within the planning areas of Jurong East and Boon Lay respectively; along with the aforementioned Jurong Island. The coastline of the region on mainland Singapore, faces the strait of Selat Jurong, while the southernmost island of the region, Jurong Island, faces the strait of Selat Pandan.[2]

Jurong was largely industrialised in the early 1960s in a response to the general economic situation of post-war Singapore. The heavy redevelopment of the region paved the way for the opening of a large-scale industrial sector in the country, something which was unprecedented at that time.

Today, the rapid growth and much development of Jurong has led it to become one of the most densely-populated industrial areas in the city-state.

Tuas is a planning area located within the West Region of Singapore. It is bounded by the Western Water Catchment to its north, Pioneer to its east and the Straits of Johor to its west. Tuas also shares a maritime boundary with the Western Islands planning area to its east.The Malaysia–Singapore Second Link that links Singapore to Malaysia is located in Tuas.Tuas is derived from a daytime fishing method uncommon today. The coastal Malays floated coconut fronds and leafy branches kept close together by the rising tide. A large net was then spread and suspended below. The shade provided drew in the fish. More and more were attracted until, at a given signal, the net was hauled up by the Malay fishermen in the boats. Levering or hauling up is menuas, without the noun-building suffix of me-, the Malay word is tuas. Tuas also means “to chop in two pieces”, “to raise by leverage”, and “to support” in Malay.