Am I eligible to sell?

You are eligible to sell if you fulfill the Ethnic Eligibility and SPR Quota.

BEFORE SELLING A RESALE FLAT 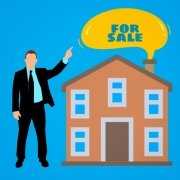 (a)       You have met the Minimum Occupation Period. You can get a confirmation from the HDB Branch by applying on-line at the HDB InfoWEB at www.hdb.gov.sg / e-Services / Selling a Flat / Request for Confirmation of Eligibility to Sell Your HDB Flat;

(c)       You have sufficient funds if you are buying another flat;

(d)       You have any outstanding lease administration issues to be settled with the Branch;

(e)       Your flat is affected by any Upgrading/Estate Renewal Programme. If the upgrading works have been completed, you have to check when the bill will be served as this will determine the party liable to pay for the upgrading cost. You may check the schedule of billing dates for the completed precincts at the respective Branches or from HDB’s website at www.hdb.gov.sg

Click on the FAQ below to find out more

The MOP is the period of time that you are required to physically occupy your flat before you can sell it on the open market.

The MOP is calculated from the date you collect the keys to your flat. It excludes any period where you do not occupy the flat, such as when the whole flat is rented out or when there has been an infringement of the flat lease.

The MOP duration depends on the purchase mode, flat type, and date of flat application:

Do I have to fulfill the minimum occupation period of my flat before selling it in the open market?

Yes. One of the eligibility conditions before a flat owner can sell an HDB flat in the open market is meeting the minimum occupation period. The length of occupation period depends on the mode of purchase and the flat type.

How do I check to see if I have fulfilled the minimum occupation period of my flat?
You may wish to start your selling journey by registering an Intent to Sell using the HDB Resale Portal. Upon registration of your Intent to Sell, you will be able to view if you have met the Minimum Occupation Period (MOP), the EIP/SPR quota for the flat, the status of upgrading, as well as recent transacted prices of flats nearby.
Alternatively, you may submit a Request for Confirmation of Eligibility to Sell Your HDB Flat. A confirmation letter will be sent to your HDB flat address in about 2 weeks’ time.
I have rented out my whole flat. Can I include the period of renting out in the computation of the minimum occupation period of the flat?

What is the rationale for raising the MOP for resale of non-subsidised flats?

HDB flats are provided to meet the housing needs of Singaporeans and are for owner occupation. They are not meant for speculation or short-term profit. Hence, flat buyers are required to stay in their flat for a Minimum Occupation Period (MOP) before they can sell their flat in the open market.

You need to ensure that your flat sale is within the EIP and SPR quota for your block/ neighbourhood.

If you belong to a non-Malaysian SPR family (i.e. households with no Singapore Citizens (SCs) or Malaysian SPRs), you can sell a particular resale flat if the EIP and SPR quotas have not been reached. The SPR quota ensures that SPR families can better integrate into the local community. Malaysians are excluded from this quota because of their close cultural and historical similarities with Singaporeans.

How the EIP and SPR quota work

You will not be able to sell a particular flat if the sale causes your block/ neighbourhood’s EIP and/ or SPR quota to exceed.
There is no restriction on the sale and purchase of an HDB flat if:

The ethnic proportions and SPR quota are updated on the 1st of every month, and are applicable for resale applications submitted to us for that same month.

You can view the EIP/SPR quota of your flat after you have registered your Intent to Sell using the HDB Resale Portal. Alrernatively, buyers can check a buyer’s eligibility to buy a flat under the EIP/SPR quota.

Additional Requirements before selling your flat

In cases of bankruptcy or divorce, additional requirements may have to be met before the flat can be sold off.

Under the Housing and Development Act, as long as any of the HDB flat owners is a Singapore Citizen, the consent of the Official Assignee is not required in the event that the flat owners wish to sell the flat.

In cases where none of the flat owners are Singapore citizens, they will have to obtain the consent of the Official Assignee before they sell their flat.

If you go through a divorce after meeting the MOP, you can sell the flat if all eligibility conditions are met.

You need to produce the following documents:

An official English translation of these documents by an interpreter of the Supreme Court or Family Justice Courts is required if the documents are not in any of the 4 official languages.

Find out more on how to retain your flat after a divorce.

This policy is implemented to ensure a balanced ethnic mix in the public housing estates. It maintains the ethnic proportions at the neighbourhood and block limits.

What is EIP’s definition of an ethnic group of a household? Is there any connection with the nationality of the families who buy HDB flats?

In the administration of the Ethnic Integration Policy (EIP), would those of mixed parentage with a singular race be at a disadvantage compared with those having a double-barrelled race?

HDB will only recognise the records registered with ICA in administration of the EIP. Those with a double-barrelled race who wish to make changes to their race must comply with ICA’s requirements on such changes. Details on the policy and registration procedures can be found on ICA’s website at www.ica.gov.sg.

On what basis does HDB change the ethnic proportions for a particular neighbourhood or block?

Why is the SPR Quota not based on nationality?

The objective of the SPR Quota is to prevent the formation of immigrant enclaves and facilitate assimilation of immigrants within the HDB estates to promote social harmony. Such objectives are relevant regardless of the nationalities of our immigrants. Furthermore, given the SPRs come from diverse ethnic backgrounds and countries of origin it is not practical to implement a quota along nationality lines.

The SPR Quota is intended to ensure social harmony and cohesion, and prevent the formation of foreigner enclaves. Malaysians are excluded from the quota due to our close historical and cultural links.

Only few neighbourhoods across various towns are affected with the implementation of the SPR Quota. Thus, the non-Malaysian SPRs would still have ample choices when buying homes within public housing estates.

What were the factors that led to the introduction of the SPR Quota?

The SPR Quota is part of the Government’s on-going review of public policies to ensure that SPRs integrate with the local community and prevent the formation of immigrant enclaves.

The SPR quota takes into account the composition of SCs and SPRs in Singapore, and their respective demand for public housing.

Why is HDB not considering having separate ethnic limits for Indian and Others?

Compared with the Malay and Chinese, both the Indian and Others racial groups have much smaller population bases.

If Indian and Others are administered as separate ethnic groups, the respective ethnic limit would be lower than the combined limits for the neighbourhood and block level respectively. Grouping Indians and Others together thus gives more flexibility to these minority groups in the administration of the EIP.

I wish to sell my flat in the open market. What are the restrictions regarding the ethnic eligibility of the buyers?

If you are selling your flat to eligible buyers of the same ethnic group, there is no restriction. This is because the buyer will not further increase the ethnic group’s proportion.

You can check the eService> Ethnic Group Eligibility & SPR Quota of Buyers as the ethnic proportion status is updated on the 1st of every month. 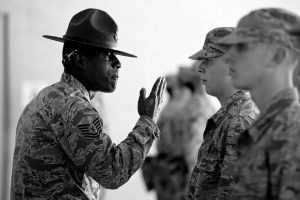 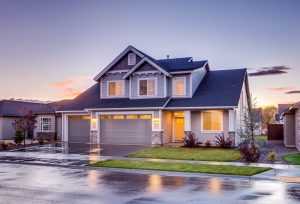 What is a Stamp Certificate?

What is an Option to Purchase Agreement? (New launches / Building Under Construction (BUC) Scenario)